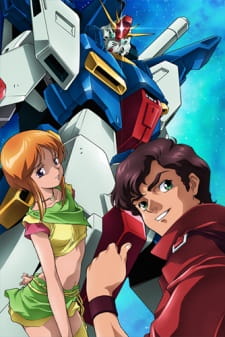 Plot Summary: In Universal Century 0088, the Anti-Earth Union Group (AEUG) has emerged victorious in its war with the Earth Federation's Titans at the cost of devastating losses. Neo-Zeon, the third faction in the war formerly known as Axis Zeon, remains as powerful as ever. Led by Newtype Haman Karn, Neo-Zeon has been implementing plans to take over both Earth and the space colonies. The AEUG flagship Argama heads to the Side 1 colony Shangri-La for repairs. Living in the colony is Judau Ashta, a 14-year-old junk dealer who is struggling to make enough money to put his younger sister through school. Upon the discovery of an escape pod containing a former Titans pilot, Judau and his friends are quickly led to the Argama in hopes of stealing a mobile suit which they can sell for a fortune. However, with the arrival of a Neo-Zeon ship seeking to defeat the Argama, Judau and his friends are dragged into to a conflict that will bring them across space and Earth..